I was recently playing around with the Traffic Mirroring feature in AWS. As a network geek, this is right up my alley because as some colleagues and I used to say, "the wire never lies!". Being able to pick packets off the wire for detailed inspection has saved the day many a time. Until Traffic Mirroring came along, it wasn't possible to do that in an Amazon VPC. Below are my notes and considerations for using this feature.

A filter is mandatory as it defines the type(s) of traffic that Traffic Mirroring should grab and send to the target. Without a filter, TM will ignore all traffic.

A filter defines exactly what traffic type(s) to pay attention to or to ignore by specifying a set of rules. Rules have the following parameters:

Filter rules are created for inbound and outbound traffic separately (where "in" and "out" are from the perspective of the source ENI).

I defined my filter in the AWS Console under VPC, Mirror Filters.

The target is an ENI attached to whatever instance is supposed to receive the mirrored traffic. It could be an instance running a sniffer, a monitoring tool, or a security appliance.

Find the Interface ID of the ENI that is the target. I have a Windows instance acting as my sniffer. I go into EC2 in the AWS Console, select that instance, and click on eth0 in the instance detail pane. That brings up a modal with a bunch of information about the primary network interface including the Interface ID. 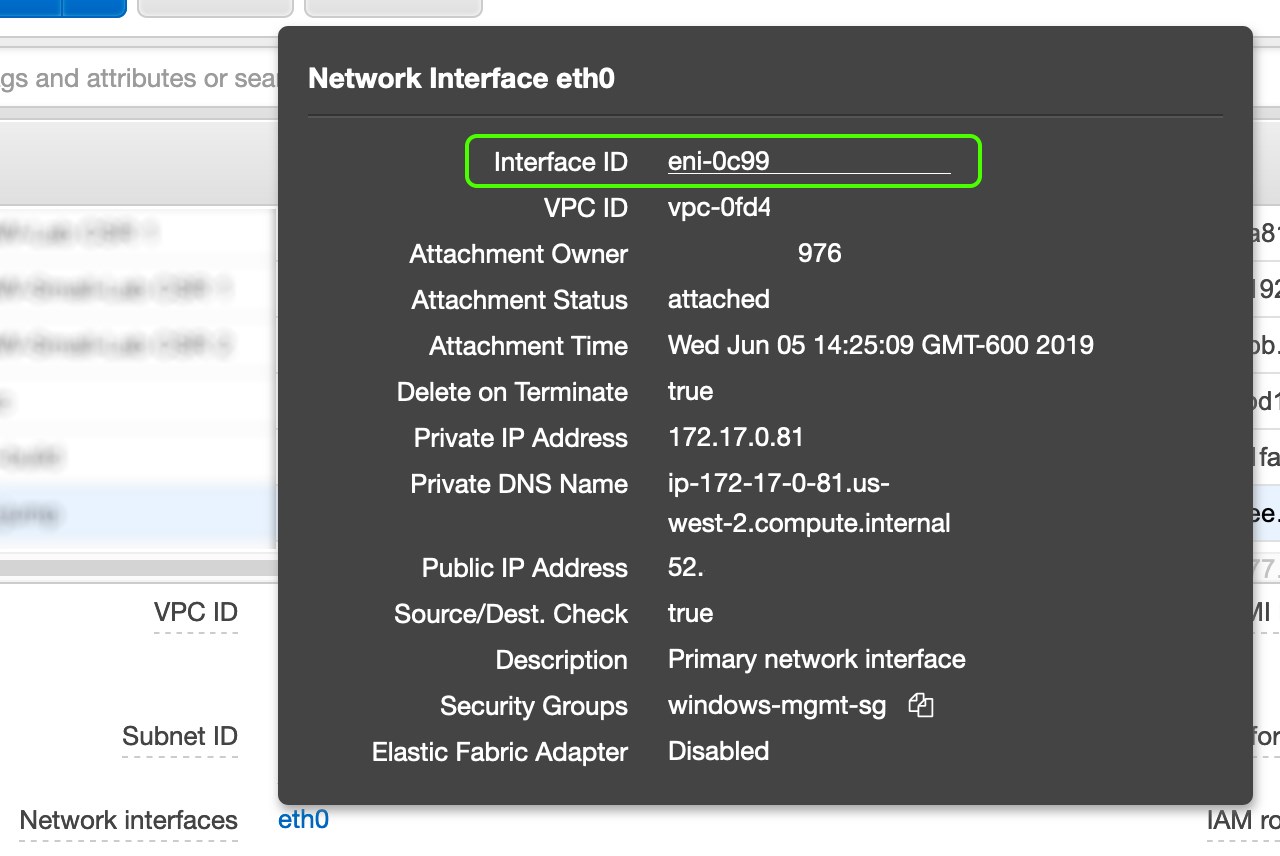 In the AWS Console, I navigate to VPC then Mirror Targets where I choose Create traffic mirror target. 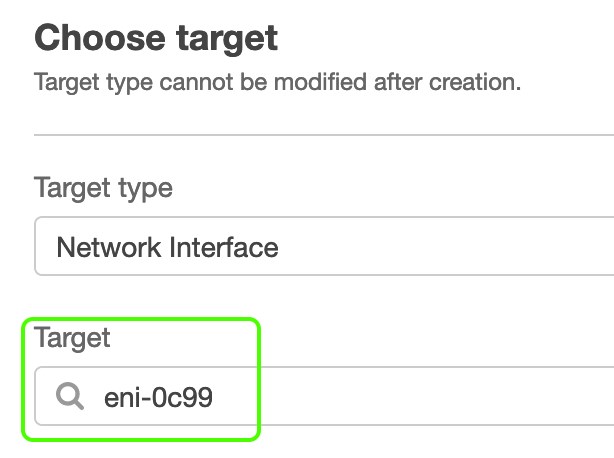 Lastly, I create a TM Session to start mirroring traffic.

I follow the same process as I did above for the target ENI in order to find the Interface ID of the source ENI (EC2, select instance, click eth0, copy the Interface ID).

In the VPC Console, I click Mirror Sessions, Create traffic mirror session and I fill in the form. 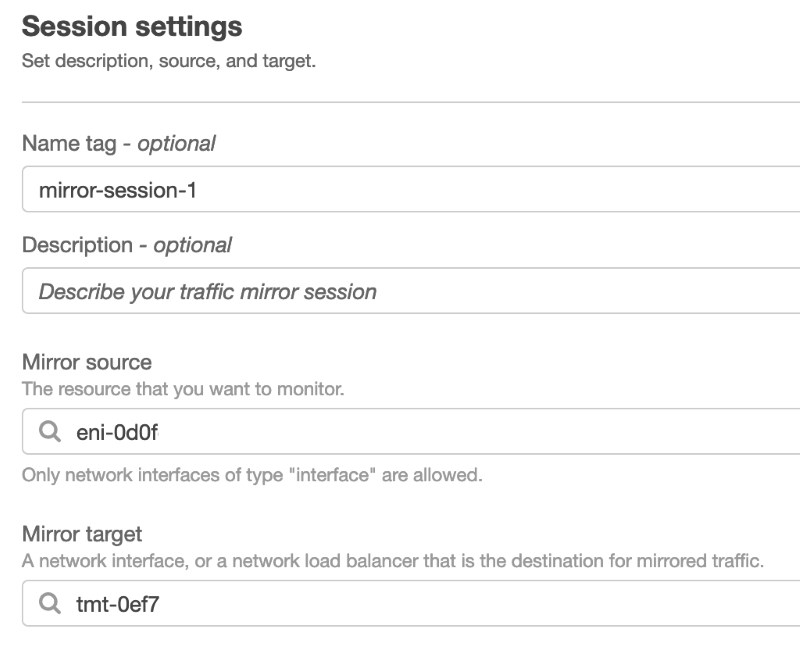 Under Additional settings, I choose the following: 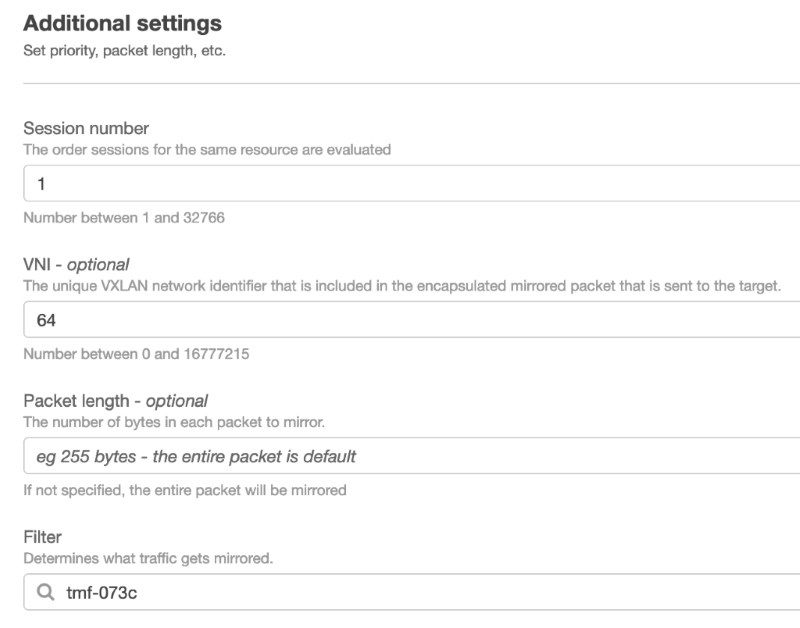 With that complete, packets should now be mirrored to the target. My target ENI is attached to a Windows Server instance that I've installed Wireshark on.

Note a couple of things in the screenshot:

There are two likely reasons why traffic wouldn't show up in my sniffer:

Disclaimer: The opinions and information expressed in this blog article are my own and not necessarily those of Amazon Web Services or Amazon, Inc.